Will your child’s sport help their college search…or hurt it? 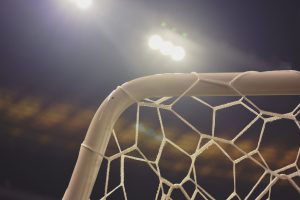 It’s no secret that American soccer is nothing compared to soccer franchises around the world.

And yet interestingly enough, American families are spending billions of dollars and countless hours a year for their children to play soccer.

Families like the Joneses, who were profiled here by Time Magazine just a couple years ago, discovered they spent a whopping 17% of their after-tax income on soccer related expenses–including registration fees, uniforms, equipment, travel, camps, and lessons.

And that’s not to mention all the precious time they spent after school and on weekends at practice and games.

But more and more American families are investing their time and money into youth soccer. According to CNBC, there are now more than 3 million American children playing soccer–a number that’s shot up since the 90s.

So… where are all the American soccer players?

Ask any good soccer mom, and she’ll tell you that she’s perfectly happy to foster her children’s athletic talents with the hopes that they will be pay off later in the form of college scholarships.

But according to Time, only maybe 2% of all student athletes–including those in football, basketball, baseball, swimming, hockey, track, lacrosse, gymnastics, etc.–receive athletic scholarships. And even then, only a fraction of those are for a full ride.

So what we have happening instead is we have many Americans spending what would be their families’ college savings on youth soccer… and what would be time planning for college on soccer.

But not more American teens receiving any kind of payoff in the form of scholarships or marketable, payable careers.

Because… how many famous soccer players is the U.S. producing?

Let’s pause for a minute here and point out that the “soccer mom” (and forgive us for the use and overuse of the term) lines of thinking are NOT American families’ faults.

Most of us in some way are victims caught up in the sports frenzy. We are a culture that idolizes professional athletes. The media feeds us 24-7 news about sports. We talk about athletes and teams at work and at home. Our teams’ records make or break our moods.

Plus, our kids’ coaches tell us our kids have so much potential. They should practice later, practice more often, be at practice every day. They can’t miss practice. Our kids are special; they have something going for them.

College Liftoff, a Columbus, Ohio-based independent college planning firm, sees it all the time. “We are seeing more and more families whose teens can’t commit to the time and work it takes to research schools and career paths due to sports schedules,” says Aaron Greene, College Liftoff’s founder. “They are hurting themselves because they are missing their chance to help their teens build their most marketable career path, as well as missing out on other scholarship opportunities and ways to save money on college.”

“This is families’ one chance,” Aaron says. “The long-term investment of time is well worth it.”

The question begs then: “What do we do about balancing soccer and other sports with academics, as well as saving for college?”

Aaron says College Liftoff has worked with many families to achieve just this balance–and maximize students’ chances for success both on and off the field.

“We work with the whole student–looking at their athletics, academics, interests and passions–to find the schools with programs that will offer them the most money with the combination of those things,” Aaron says. “We set them up for the best chance to graduate with a marketable degree that will yield them their best possible income–whether it be in professional athletics or something else.

“And then…we can negotiate scholarships for both athletics and academics. It’s a win-win when you do it this way.”

Aaron talks about one particular client who stood out to him from a few years back. “He was an amazing soccer player, and had an opportunity to be drafted by the MLS,” Aaron says. “His good friend had already been drafted and decided to skip college to play professional soccer. But, his starting salary was barely enough to get by–and had to get a second job waiting tables at Denny’s. He was working long hours now just to be able to afford to go back to school and get a degree in something else.”

So, Aaron’s client decided to skip the draft and pursue a college degree. College Liftoff helped him get into a great school that allowed him to both play soccer AND work towards a highly marketable degree that will give him the opportunity to earn a comfortable living.

“Many families think, ‘We don’t need a college planner–we have sports,’ ” Aaron says. “But often families who have children heavily involved in athletics are in more need of help.”

Aaron also says that often families that are too well-off for need-based scholarships assume their children’s only way to save money is through athletic scholarships. “That is 100% NOT true,” Aaron says. “In fact, it’s like trying to buy your way out with a lottery ticket.”

“The families we work with are almost all middle to high-net worth income based. We are getting them money for college by helping them understand financial aid histories and endowment sizes of universities, plus utilizing our negotiation tactics with schools to get the best financial aid packages,” he says.

So, something to think about for parents with kids in sports. Because really…what are our children going to do when the game is over?

College Liftoff’s motto is “securing your son or daughter’s brightest future…and saving you thousands of dollars along the way.” Let them do the same for  you.