What do college admissions officers really think about your kid’s application? 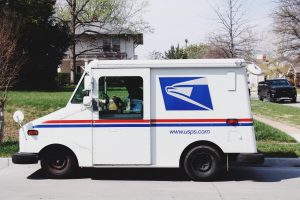 And some parents are starting to worry, thinking, “What if somebody else has taken our kid’s slot? Aren’t schools trying to accept more minorities, even if their grades aren’t as good as my child’s?”

(I say this because it is a question that actually been asked to me.)

It’s a vastly bigger puzzle than it seems, because the national headlines will always tell you that colleges are going after a certain amount of this or that demographic. But let’s let’s really break down admissions, because it will do a lot of good for parents and students to have some real knowledge on how schools choose students.

I’m going to use the university here in town, Ohio State, for a little bit of this. Ohio State is a great example to start with, because they now can boast a sub 50 percent acceptance rate. Which sounds great academically, right? OSU has improved academically over the years, but they’re not that much better.

When I applied to Ohio State back in 2000, OSU had 19,000 applicants and accepted 12,000 students to fill roughly 7000 slots. So they knew about 5000 students would go somewhere else. That gives you about a 65 percent acceptance rate.

It’s not that they’re spending more effort taking a certain demographic or anything like that. In fact if you look at OSU’s minority number breakdown, there are roughly 6 percent African-American, 6 percent Latino, and 6 percent Asian American–which is not even how these minorities are represented in the state.

But what we’re really looking at is the fact that OSU doesn’t know who’s serious. They don’t know if the kid in Phoenix who has a 3.9 and a 34 ACT score is any more serious than the kid that lives a mile away from Ohio State with a little bit lower ACT score. So they have to kind of…guess.

It makes it very unscientific and disorganized, to be honest. So next you’ll need to take a really good look at how is the school going to make the decision between these two students.

Take a look at OSU. They’re public school. Most of the public colleges in this country have about 80 percent of the population from within their own state. But, remember, years ago the state of Ohio asked OSU to cap tuition (just like every other school in the state, because tuitions running rampant people were going nuts about it).

But let’s not just pick on OSU. It’s all major public universities. Take a look at the University of Michigan, where nearly half of their incoming students are from out-of-state.

So now we understand–public universities want a student from every single state in the union. And a much bigger international population. And then on top of all that, they can’t bring in students to study all the same thing–like 5000 business students or something. There are 150+ majors to fill at many of these universities, and all of these things come into play when schools are looking at admissions.

After all that…THEN they’ll get down to looking at your teen’s grades.