Here’s why you should question your college major. (Part 2–Operations/Logistics vs. Industrial Systems) 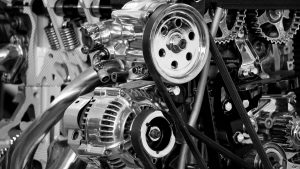 In our last post, we  got really into the nitty gritty of how and why teens must really be prepared to choose a college major.

We discussed the importance of job shadowing, career development work, and the counsel of an expert who can help them discern the differences between two similar sounding majors

We used the major Operations/Logistics and Supply Chain Management as an example. So we assume that if you’re still reading, then you’re really interested in learning the differences between majors in this area of study.

Using an example of selling a widget at Target, we showed how this major teaches students to take all of those operational components logistically, lay them out, and then actively supply them.

So now let’s continue on with that example, but talk about Industrial Systems Engineering.

They’ve got a thousand different things to sell at Target, right? So, we have Industrial Engineers. They’re the ones making sure the proper supplies are being sent to the particular stores that need them.

So again, maybe they really like the widget in Miami. But it’s only three out of the 10 stores that really like it. So somebody has got to make sure that store gets properly supplied with not just your widget, but the thousands of other goods and the right measurable as well.

Industrial systems engineers do this and more. Think of manufacturing a car. When you’re making a car, you actually have to take it from the start of the manufacturing process to the point where it drives off the assembly line.

What Industrial Systems do at the core is create that entire process–utilizing both humans and robotics, and mixing them in in the best ratios in the best ways to get the most out of both.

That being said, there’s still going to be some hiccups. You’re always going to have parts here and there that aren’t right.

Plus, they do have a little bit of a touch in robotics as well. If you ever want a good example of industrial systems engineering, watch the show How it’s Made on the Science Channel.

So that’s how those degree sets kind of work–they converge in the fact that they’re dealing with the supplying of goods and the operations of a company that actually make, produce and sell.

They’re actually dealing with the operations and logistics of a company, where they’re making and supplying whatever it is that the company does.

Then it gets handed over to marketing and sales to make sure it actually gets sold. And that is a whole other story–because Marketing as a major is completely different from one school to the next.

Want to learn more? Send us a note and we’ll call you back to chat about any college-related topic you want. We’ll answer your most burning questions. Or give us a call directly at 614-329-6633.